GIQuIC and the Tennessee Colonoscopy Episode of Care

GIQuIC and the Tennessee Colonoscopy Episode of Care

Interest in episode-based payments is growing among payers because this approach can reward high-quality, evidence-based care, encourage utilization of clinical care pathways and improved coordination, and reduce costs associated with inappropriate care.  While fee-for-service reimburses providers for each separate service that a patient receives, episode-based payments encompass the range of care that a patient receives for treatment for a specified illness, condition or procedure.

In 2013, Tennessee Governor Bill Haslam announced Tennessee’s Healthcare Innovation Initiative, which includes episodes of care as one of three strategies to change the way health care is paid for in Tennessee.  The goal was to “transition its healthcare payment system to better reward patient-centered, high-quality, high-value health care outcomes for all Tennesseans.”  The design for each episode was developed with input from stakeholders, including clinicians.  Tennessee gastroenterologists were among those who participated in the Technical Advisory Group (TAG) to discuss the colonoscopy episode of care, the fourth episode of 75 total episodes planned across a five-year timeline.[1]

The Colonoscopy Episode of Care in Tennessee

As an episode of care is constructed, key dimensions include the length of time that brackets the episode, and the range of providers and services that are considered part of the episode.  Episodes typically have defined or predictable start points and end points, and may involve multiple, independent providers, services and sites of service, described in the Tennessee episodes as the “patient journey.”  Quality benchmarks are established for each threshold, to set expectations for high performance.  Although colonoscopy for any indication and in any setting was proposed by the state for the episode of care, we strongly advocated that the episode should focus on screening and surveillance colonoscopy.  We recommended adenoma detection rate as the most important and relevant quality metric related to this episode of care.

The Basic Structure of an Episode of Care

For episodes of care, all providers submit claims as usual, and are paid at the time a service is provided.  Then, each provider’s average costs are compared to pre-determined cost thresholds that have been established for each episode after the performance period using historical data.  Thus, retrospective analyses of episodes of care reconcile these actual expenditures, and rank providers on the basis of these expenditures.

Among providers, however, the Principle Accountable Provider (PAP), or “quarterback” is designated as the provider most likely to influence the care and expenditures during the episode.  The PAP receives quarterly performance feedback on both quality metrics and cost metrics related to the episode.  The costs of the episode are risk-adjusted for factors that may contribute to higher costs of care due to patient characteristics that are outside the PAP’s control.  The average risk-adjusted episode costs are compared and rated for PAPs for similar episodes across the state.  The payers establish cost thresholds defined as “commendable,” “acceptable” and “not acceptable.”

The Gain-Sharing Model in Tennessee

The PAP has an opportunity to participate in “shared savings” if the performance goals are met in a two-step process:

One element of episodes of care differentiates this method in a desirable way for providers:  the measurement data, no matter how collected, are assembled in a single database and reported out to the providers in a cohesive fashion, thus avoiding the piecemeal, confusing presentation of numerous different and occasionally disparate metrics from multiple payers.  The feedback loop of periodic performance reports should eventually improve performance, if providers are provided with meaningful, actionable data that can change behavior in a positive fashion.

“…using data from GIQuIC is an efficient and effective way to leverage the work that we do as providers and incorporate this into the quality metrics involved in episodes of care.” – Dr. Colleen Schmitt

In Tennessee, we proposed utilizing a Qualified Clinical Data Registry for capturing the most meaningful and relevant quality metrics related to screening and surveillance colonoscopy.  The description of the GI Quality Improvement Consortium (GIQuIC) registry was provided to the TAG participants and stakeholders, and a discussion session led by Dr. Irving Pike reviewed the details, experience and track record for GIQuIC on quality metrics in colonoscopy.

Our recommendation was adopted as the quality benchmark for participation in gain-sharing:  to perform at least 50% of procedures in a facility that supports a QCDR such as GIQuIC.  For the current reporting year, utilization of the GIQuIC registry is being captured and tracked as the proportion of procedures that are performed in a facility that participates in a QCDR.[2]  For performance years, we anticipate that data will be integrated from the GIQuIC registry for ADR as proposed and previously accepted. 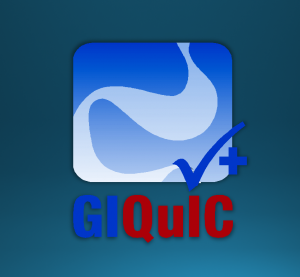 GIQuIC has a proven track record.  To date, GIQuIC has collected data submitted by more than 4,000 providers at 450 facilities, for more than three million colonoscopies. Further, GIQuIC was approved as a QCDR by CMS more than two years ago, after review through a self-nomination and qualification process, and has been re-approved through the same annual process.  A “qualified” registry is an entity that collects clinical data from an eligible provider and submits it to CMS on behalf of the participant.

Since QCDRs are registries already authorized by CMS to collect quality measures to satisfy reporting requirements, using data from GIQuIC is an efficient and effective way to leverage the work that we do as providers and incorporate this into the quality metrics involved in episodes of care.  Private payers will take their cue from experiments in episodes of care at the state and federal level.  It is important that we continue to engage in these episodes as they are defined, and that meaningful quality metrics are incorporated.